Rectification refers to an extended form of distillation or many distillation steps connected in a row. Repeating the distillation process several times increases the content of high-volatility components in each new distillate until the liquid mixture has been fully separated. The advantage of rectification is that the solvent used can be almost entirely recovered and then reused in the extraction plant.

In practice, rectification (also called countercurrent distillation) is carried out in a column. The liquid mixture to be separated is brought to boiling point in the column sump. The resulting vapour rises upwards in the column, exits the column at the top, liquefies in the downstream condenser and is subsequently discharged. The part of the liquid that condenses in the column during the ascent flows downwards again as a liquid counterphase. The heavier-boiling fraction is continuously drawn off from the sump and disposed of.

The advantages of rectification, as compared to the series connection of individual distillations, are the reduced energy consumption, lower technical expenditure and reduced space requirements. 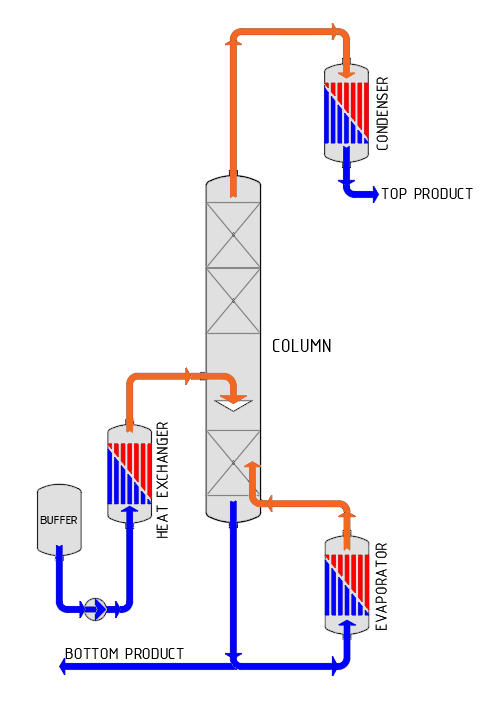 are used to process the solvent separated during distillation. The ethanol used in vanilla extraction, for example, can be reprocessed in a SCHRADER rectification plant to a purity of 96%, allowing it to be reused in the extraction plant.

Our global network of experienced engineers is available to you by phone or e-mail. Don’t hesitate to get in touch.

The SCHRADER Group was founded in Münsterland in 1969. Today it comprises the Process Engineering, Fluid Technology and Plant Engineering divisions.